Market penetration of solar heat is challenged by high costs, low awareness, and perceived risks. These challenges are no different from what solar PV and wind have faced and can therefore also be mitigated by the same market strategies.

Is Solar Thermal a Trillion Dollar Opportunity? [1] I asserted that users of industrial process heat will be able to buy solar-generated heat at costs competitive to natural gas without any subsidies. In this article, I will try to argue the case.

But first some words about costs.

Costs per MWh and per MW

The total cost of industrial process heat from solar thermal solutions comprises equipment costs, cost of land, customer acquisition costs, installation costs, maintenance costs, and on the financial side the cost of capital and the depreciation of the investment. Together, these costs are often expressed as the Levelized Cost of Heat (LCOH), i.e. costs per MWh produced over the lifetime of a solar field.

LCOH is a good way to compare the costs of heat generation across different heat sources, including natural gas. But it does not give indications of investments needed. LCOH calculations in this analysis assume a 25 year lifetime, 4% in interest, opex of $5/MWh, and DNI 2000.

Solar field investments are often measured as $/MW peak installed (MW thermal, not MW electricity), i.e. the amount of energy a solar field produces at the optimal point of time in the day. But comparing $/MW between technologies is a bit like comparing apples to oranges:

Figure 1: Maximum cost per MW ($) to match a natural gas price of $25/MWh for solar panels with and without tracking and at varying DNI.

Figure 2: Solar field cost target ($/MW) to be met in each of the US states (ex Hawaii) in order to compete with local natural gas prices + revenue potential incl. operations & maintenance contracts. (Reprint from [1]).

Economies of learning and scale

Scale economies lower the LCOH by mitigating all costs, except for the cost of land. The more solar solutions produced, the more the learnings, the cheaper the components, the faster the installation, and the lower the cost of maintenance.

As illustrated in figure 3, examples of realized and expected economies of scale in other industries support the idea of possible cost reduction from going to scale. The examples show costs as Levelized Cost of Electricity, not heat (i.e. LCOE instead of LCOH), but this should not have a significant effect on the potential for scale economies.

Figure 4: The influence of the cost of capital on the LCOH ($/MWh). Calculations based o CAPEX of $625,000/MW. See my previous article for the reason for this assumption [1].

Companies introducing new technologies to the market, often and for good reasons, reach out directly to the end-users who will benefit from their solutions. This is also the case for most companies offering solar heat solutions for industrial processes.

While this approach makes sense when starting out, it's rarely efficient for scale, where a more efficient approach will be to move backward in the value chain and sell to companies already selling similar but less attractive/profitable solutions to multiple end-users.

This reduces acquisition costs and accelerates market roll-out by mitigating internal lack of resources, lack of market knowledge, lack of networks and reputation, and end-users' limited or nonexistent insights into technologies outside their core business.

Further, the direct sales model often assume solar installations to be installed at the end-users' locations, typically at their rooftops. This approach seldom allows for an energy production that in any way accommodates the end-users' full demand. In addition, costs are increased since rooftop installations require additional engineering taking the structural strength of buildings and safety concerns into account. Still, this is the approach the most solar thermal companies take.

End-users want heat without hassle and at competitive costs based on short payback periods. Or even better with no payback periods, i.e. by only buying the heat, not the heat production. This, providers of solar heat solutions cannot give them because they cannot guarantee to provide heat 24/7/365 and because their internal costs call for longer payback times.

Hassle-free energy supply to happy customers is the business of utilities. But their business is becoming increasingly challenging as consumers get more and more climate-conscious, thereby pushing industrial companies to look for ways to decarbonize their production (beyond shifting from coal to gas). Utilities want to accommodate this change in demand. When supplying electricity, they can do so, but – for all the reasons mentioned above – not for the heat demand.

PV and wind have done so by partnering with project developers specializing in developing energy projects. When they find the potential rewards are sufficiently attractive, they are willing to run larger risks than utilities.

Project developers' business model is based on financing, constructing, and running projects until the projects are de-risked to the extent that companies, such as utilities, looking for long-term low-risk revenue streams, are willing to buy the future revenue stream.

If the solar thermal industry incentivizes project developers as much as PV and wind projects, then their solutions will eventually become attractive to utilities looking for methods to help end-users decarbonize.

Making project developers interested in solar heat is not only a question of the potential financial upside but also of deconstructing or circumventing the technical and economic barriers that they perceive.

Cost of land. The available land area at end-users' production sites may be scarce and expensive. But when land zones can be used for solar fields, the cost of land drops.

Transporting heat. To get heat from land zones to industrial zones, the heat needs to be transported. If the piping needed for transporting the heat can be depreciated over 25 years, then the cost of heat transportation has a limited effect on the LCOH. Two examples: 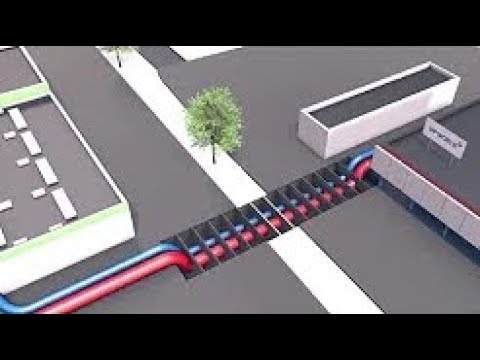 Payback period. For solar thermal companies trying to sell to end-users, it is a fundamental challenge that end-users often require a payback period of three-five years, which in most cases only can be overcome if subsidies are available.

An example: Under the same assumptions as above a 1 MW solar field sold at $625,000 will produce heat worth $50,000 year, i.e. resulting in a payback period of ~15 years when including the cost of capital and assuming no subsidies.

I see three methods to address this challenge.

An example: A solar thermal solution provider sells a 1 MW solar field (again the same assumptions). If the solution provider’s cost of solar field preparation and installation is $125,000, then the payback period of the installation is reduced to ~3 years without jeopardizing the opportunity to depreciate the cost of the solar panels over their full expected lifetime.

Multiple users. The second method is to sell heat to several end-users at the same time, e.g. to companies in an industrial zone. This lowers the dependence on individual end-users. This is similar to how electricity and district heating are delivered today where it is rare to establish distribution lines for single customers.

Market selection. Finally, focus should of course continue to be on markets with high and fluctuating natural gas prices that allow for a price stability premium , high DNI that increases output per invested dollar, existing experience with solar thermal that reduce customers perceived risk, low-interest rates, and - when needed and available - subsidies.

Ultimately, it is a matter of developing a model with the right mix of risks and rewards for everyone in the value chain, including the project developers that finance new solar fields and long-term investors such as utilities looking for stable, low-risk, long-term revenue.

To that end, the question is at what price does investing in solar thermal energy production become sufficiently profitable for project developers who, due to higher risks, are looking for higher returns than other investors investing in proven technologies and markets.

Assuming project developers are looking for an annualized return of 10% [11] while utilities look for 3% [12] per year after the solar fields have been de-risked, e.g. after three years’ operation, the potential unsubsidized market price in regions with different solar irradiation can be calculated. This was also shown in [1].

Figure 6: Possible unsubsidized market price ($/MW) for solar fields as a function of solar irradiation (DNI) when the market price is either $25/MWh or $35/MWh.

A great story to tell

A veteran from the solar heat industry recently told me that access to subsidies is the most important component in the business model for any company in the industry and that it will continue to be so until carbon taxes may make fossil options more expensive. A message I find makes solar heat a hard sell to legislators and investors.

Industry incumbents and solar heat researchers work continuously to increase efficiencies and lower component costs [13]. This is good and necessary, but as expressed by the veteran, it will likely not do the full trick.

Accessing a trillion dollars opportunity offering significant carbon emissions reductions and attractive financial returns for everyone in the value chain with the only technology that can accommodate industrial companies' increased focus on decarbonizing their heat-driven production, while using business models which have been proven and tested by the solar PV and wind industries for decades, is a great story and a great sell.

Thank you for reading,

This insight was originally posted in LinkedIn